By Darling Otaku on February 4, 2017 on Game, 4 More
Tweet
No Comments

Special thanks to We Sing Productions for granting Dashing Nerds a PS4 review copy of this game. I love both singing and video games, so I was very excited to try this one out!

I Sing, You Sing, We All Sing

What’s better than a karaoke night at the local pub with your best buds? Singing from the comforts of your own home! From one introvert to another, I was super stoked when we got a review code for We Sing. Imagine, you could pursue your karaoke career without having to put on pants—unless you’re playing multiplayer. Your friends would probably appreciate it if you wore pants.

You mean I don’t have to embarrass myself by singing in public?

Unpacking the box revealed two shiny gold microphones which connect to your game system via USB cables. The game also sports a tracklist by big name pop stars, like Brittany Spears and Sia (see full list below). We Sing is big on glamor, but is that enough to land it a Grammy?

“DO NOT ATTEMPT! YOUR FRIENDS WILL THANK YOU LATER”

Overall, it’s a decent tracklist if you are the sort of person who bought the Now 1,2, 27, and 480,0000 CDs. There are a couple timeless karaoke classics present (See David Bowie, ABBA), but the current tracklist points to We Sing Productions making hundreds of sequel games if they can pull it off.

Let’s Get it Started

We Sing has a fabulous presentation. Rather than a simple list of songs, it shows each song displayed next to the appropriate album art.  Instead of the generic panoramic shots or technicolor background slides you’d typically see on the karaoke bar tv, We Sing plays the full music video. Everything on the screen looks shiny & new in its full HD glory!  However, it is possible to overdo it.

During my solo play, it took me several attempts to figure out how the note guides worked with the timing of the music. Was there an epileptic warning on this game? I ended up turning them off (thank goodness this was an option) because they were SO SHINY, dare I say TOO shiny. I mean, the guides are pretty and sparkly, but it’s hard enough to read the lyrics over everyone twerking and dabbing in the screen’s background. No need to add more fireworks and send us all into seizures, guys!

But looks aint everything. What We Sing has in glamor, it lacks in user-friendly functionality. There was a distinct learning curve in figuring out the basic navigation controls. I grew up playing games like DDR, Guitar Hero, and Rockband, but I couldn’t even figure out how to select a song without looking at the box details. I had a hard time jumping into We Sing, and I’m a gamer. Looking at We Sing’s mainstream tracklist, We Sing is definitely targeting people who don’t usually pick up a controller.

What even is ‘Cake By the Ocean?’

I spent several disgruntled minutes searching for a game tutorial, but in the end came up empty-handed. I was left wondering at the 6 different game mode options on the screen. Mainly, I discovered, they were variations on solo and multiplayer scoring systems. BUT WHAT DOES IT MEAN? These final scores were just arbitrary terms like “try harder” or “good job!”… they mattered about as much as the points on Whose Line is it Anyway?.  At least my confidence as a musician didn’t suffer because of the game’s feedback. 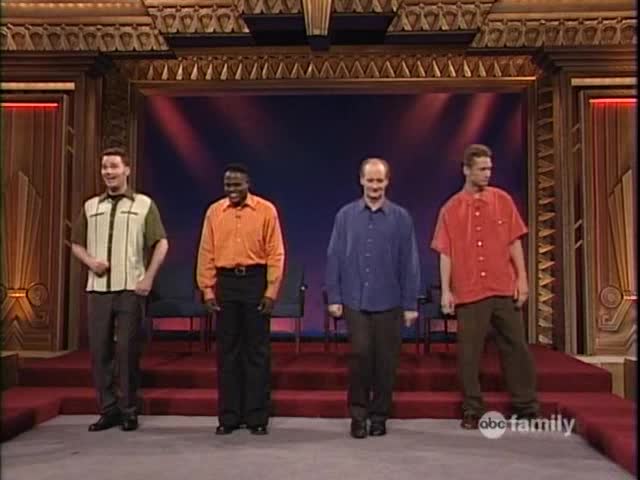 Why aren’t there any Irish drinking songs in this game???

I discovered one mode, Jukebox, was not even for singing. Jukebox just plays the track music videos. Perhaps this would have been a nifty party tool 10 years ago, but today we are up to our ears in YouTube playlists and other streaming stations, thank you very much.

I bet you’re wondering–is We Sing a good party game? During our Dashing Nerds New Year’s Party, we tested the multiplayer option out. Assuming you have wifi, you can add up to 10 friends in a multiplayer round by using a smartphone. I can get behind this venture—in a real-life karaoke bar, your friends will probably be (perhaps drunkenly) belting out backup music anyway. Props for the idea!

The problem is that you have to download an app to connect to the game, and it’s no light-weight. All nerds present felt the app was a waste of time and space—after all, this is a casual game where you might only sing one or two songs.

Now it probably didn’t help that only two or three in our band of nerds (myself included) like to sing, but overall, the group consensus was this:

In the spirit of Simon Cowell, NOPE!

The Sound of Silence

I would not be doing you, fair gamer, justice if I left out one detail on sound quality. The mics, while glitzy, hinder the karaoke experience due to latency, or a delay in the sound through the speakers. The echo was a huge distraction and created a clash, even if you hit the notes perfectly. I wish the developers had seen this coming because the latency issue is a common one with USB connected microphones, This was the nail in the coffin for me–even if you have a decent voice, it sounds like a wave of orca calls are backing you up.  Modifying some of the volume settings helped reign in the shrieking eels a little. The only true solution you have during gameplay is to hand out earplugs to your poor audience…which, you know, kind of defeats the purpose of the microphone.

We Sing will not teach you anything about becoming the next American Idol. It is unlikely to replace karaoke bars, as home karaoke, in all of its forms, is a bit of a novelty. If you are forgiving of the sound and navigation issues I mentioned above and love the tracklist, buy this game. I suspect you are in the minority, which is a shame! We Sing was intended to be shared with friends. In the future, I genuinely hope the developers can smooth out those technical issues for a better gaming experience. As for me, I’ll resume singing at home with a hairbrush for a microphone.

Moonie. Aspires to become a unicorn. Married to Mr. Dashing himself. YA Fantasy Writing Blog: https://sanbornsmith.wordpress.com/

Published by: We Sing Productions

Alright, everyone, get your earplugs.

Content is generally suitable for ages 13 and up. May contain violence, suggestive themes, crude humor, minimal blood, simulated gambling and/or infrequent use of strong language.